It has been nine months now since the pandemic began its furious disruption of life in Northern Michigan.  With more than 11,000 cases and 196 deaths, the virus has had a palpable impact on the region’s 17 counties.  The impact of COVID-19 has received considerable attention, but much of this focus has been on its impact on the for-profit sector.

Yet Michigan’s nonprofits have been disrupted as well, and they are fundamentally important to the quality of life in Michigan.  They make our communities a better and more enjoyable place to live (e.g., TART Trails, the State Theatre, and the Old Town Playhouse), but they also provide an important safety net for our most vulnerable residents (e.g., Goodwill Northern Michigan, Safe Harbor, and Manna Food Project).  Further, and no less important, Michigan’s 50,000 nonprofits employ 10.6 percent of the state’s nonfarm workforce.[1]

END_OF_DOCUMENT_TOKEN_TO_BE_REPLACED

Once more, I read about how donors are abusing Donor Advised Funds (DAFs).  Billions of dollars are locked in these funds, rather than going to charity during the COVID-19 pandemic — when nonprofits need these funds the most, critics say.  (Washington Post 6/24/2020 article)

If you create and give to a DAF, and the money sits in the fund earning interest, you’re getting a tax benefit now — but the public benefit hasn’t occurred and may not occur for many years.  Further, it’s true that if the fund is managed by an investment firm, such as Fidelity or Vanguard, they’re the only ones benefiting while the funds sit unused, due to investment fees.  (If your DAF is housed at a community foundation, the fees go to help the community foundation support its city or region, so in that case the fees are giving back.)

This critique always focuses on the difference between these gifts going directly to charity versus the gifts going to DAFs.  The donor gets the same tax benefit, but the public benefit is delayed in the case of the DAFs.

For a moment, let’s consider the difference between a DAF and a private foundation.  A donor who creates a private foundation gets a tax benefit at the time of the gift, although the benefits can be slightly less attractive than a gift to a public charity, depending on the gift.  The private foundation is required by law to give away 5 percent of its assets each year.  The organizations that manage DAFs report that their funds, taken as a whole, give away about 20 percent every year.[1]  Thus, DAFs — again, taken as a group — are getting money into the hands of the charities that need it at a much higher rate than the private foundations.

Critics complain about the $120 billion “locked away” in DAFs.  The top 10 U.S. private foundations alone have assets of more than $150 billion.

The critics of DAFS have a valid argument, and I hope the #HalfMyDaf campaign will be successful.  But those critics that exhort DAF holders to distribute more should be aware that the DAFs’ wealthier brethren (private foundations) don’t have the same obligation and presently distribute much less on a pro rata basis.

(Note: I would be happy to send you copies of the linked articles if you’re unable to access them.)

For those interested in the role of corporate philanthropy in our society, an article in today’s New York Times reports on an interesting new study.

The researchers found that corporate foundations frequently give to the favorite charities of congressmen who chair committees that have oversight on issues affecting the corporations. “Firms deploy their charitable foundations as a form of tax-exempt influence seeking,” quoted from the study by the New York Times (4/4/2018 p. B1 and B4. Charitable Giving by Corporations Is Also About Getting, a New Study Finds, Eduardo Porter)

President Trump has promised to repeal the Johnson Amendment, which restricts public charities from endorsing candidates for political office. Some people believe the amendment unfairly limits the free speech of church leaders who wish to advise their members regarding a specific candidate or referendum.

Does this mean that donors can get a tax deduction for making a gift to a church that advocates for a specific candidate or millage proposal before the voters?

A suggested compromise would allow a minister or other religious leader to advocate for a candidate, but would prohibit the church from spending any funds to support a candidate. Again, I wonder, does this mean that a donor could make a tax-deductible gift to a church that was supporting the donor’s favorite candidate, and perhaps withhold a gift from another that does not?

Furthermore, there are no set guidelines regarding what is a church. In practical terms, if you say you are a church, you are a church and you are automatically a public charity. You do not need to seek an exemption from the IRS. I would imagine that hundreds of new “churches” would sprout up — fed by political, deductible gifts — solely to support certain political parties, candidates or positions.

This seems like a Pandora’s box, and there is little evidence to suggest that this problem needs fixing.

Over the last few months, there has been an interesting discussion taking place about the role of Donor Advised Funds and their impact on the nonprofit sector. An article in the New York Review of Books[1] vigorously argued that these funds have negatively impacted the charitable sector because the billions of dollars sitting unspent in DAFs would be helping people and creating change if they had gone directly to public charities.  That is, the donor has received his/her tax benefit, but the public benefit that is expected from a charitable gift has yet to come — and may not, in fact, come for many years.

The Nonprofit Quarterly[2] also jumped into the discussion, reminding us that wealthy donors often create private foundations and thereby gain tax benefits when only 5 percent of the assets are distributed each year.  Aren’t DAFs just like little private foundations, and shouldn’t the rest of us have the flexibility to let our DAFs grow tax-free like the private foundations, eventually able to distribute a larger amount and thus having greater impact?

I am reminded of this issue now as we began to hear anecdotal evidence of increased or accelerated giving late in 2016. Many donors appear to have made anticipated 2017 gifts in late 2016 due to the expected changes in the income tax rates this year.[3]  In the case of our clients, many of these gifts have gone into Donor Advised Funds.

As I ponder this issue, I am reminded of one small but important byproduct of creating a DAF at your local community foundation. (The New York Review of Books article focuses solely on commercial gift funds.)  I have had a DAF at my local community foundation for 25 years now, and some years I recommend distributions and some years I do not.  Yet, no matter what my activity, the annual admin fee that is collected goes to support the operations of the community foundation.  My local CF has played a huge role in many civic projects and has provided significant community leadership for decades.  I gain a small amount of comfort knowing that no matter how active my DAF, it is in a small way supporting the work of my CF and, thus, my community. 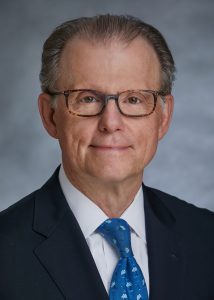